Sock It to Them 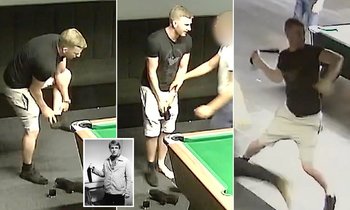 Drunk man uses sock full of pool balls as weapon
Carly: What is that?
Sam: A sock full of butter.
Carly: For what?
Sam: For swingin'! I could brain an elephant with this thing!
—iCarly
Advertisement:

When a character uses a sock with a heavy object inside it as an improvised flail. The most commonly used items in fiction are coins (preferably rolled), bars of soap, and pool balls. With coins, the most commonly used are nickels and quarters. Five dollars worth of nickels has the same mass as three baseballs, so it's easy to imagine the damage one of these weapons can do if swung fast enough.