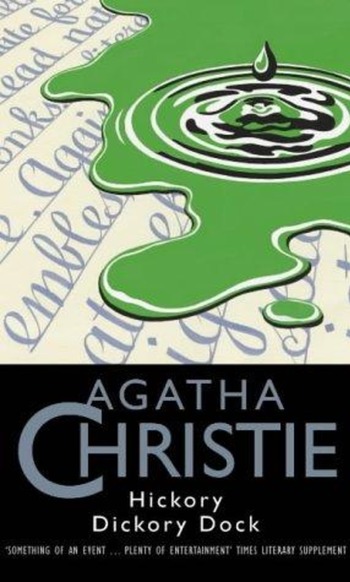 Hercule Poirot notices that his secretary Miss Lemon, usually machine-like in her precision, made three, count 'em, three mistakes in the letter she typed for him.

When he asks Miss Lemon about this she explains that she's worried about her sister, Mrs. Hubbard, who supervises a student hostel in London. It seems that one of the residents in the hostel has been stealing various items, including a stethoscope, a backpack that was found cut to pieces, a cookbook, lightbulbs, a diamond ring later found in a bowl of soup, a makeup compact, and others.

Intrigued, Poirot pays the hostel a visit. One of the students, Celia Austin, confesses to the theft of most of the objects, but denies a few, like the rucksack and the diamond ring. Still, it seems that the matter has been resolved—until Celia is found dead after someone slipped morphine into her coffee. Poirot winds up investigating a remorseless killer.