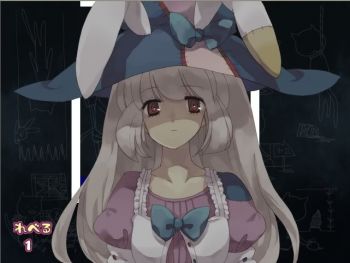 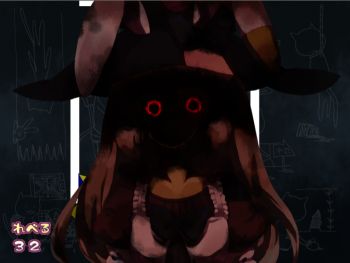 A freeware Japanese puzzle game starring a cute bunny girl, Irisu Kyouko. There are shapes of various colors falling down. Use your mouse to launch white blocks to make the shapes collide with another of the same color to score points and regain health. Can be downloaded here

, and there is a fan-made English patch here

As you progress through the game gaining more and more points, you can unlock various scenes involving three university students out on a camping trip. Of note is an old story one of them tells about a witch in the area.

See also Ai To Yuuki To Kashi Wa Mochi, another puzzle game by the same creator.

"I wonder where everyone went..." 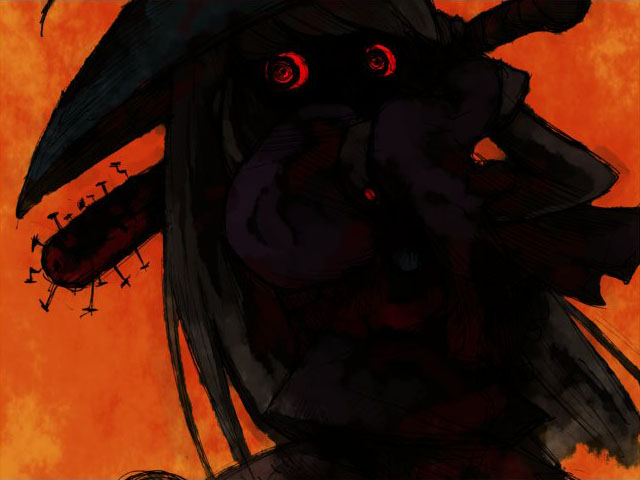