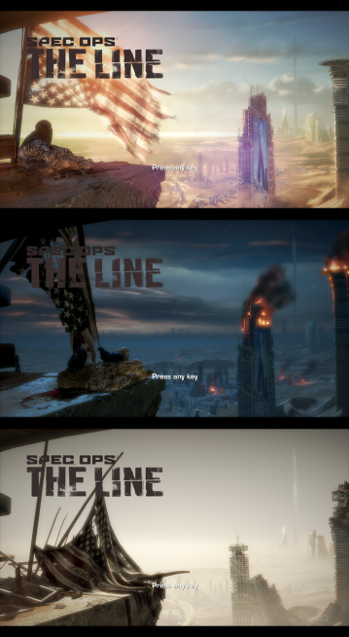 It just keeps getting better with every level.
Advertisement:

The title screen of a video game welcomes the player after the game is loaded. Most frequently it exists outside of the game itself, serving as the place to start a new playthrough, load an existing one, or adjust some options. However, in some games the title screen reflects your in-game actions and achievements. The main variations are:

A Sub-Trope of Cosmetic Award, Macro Game and Post-End Game Content. Sometimes may be used for Breaking the Fourth Wall, when the game's characters use it to address the player.

Compare Evolving Credits, which does a similar thing for a TV series, and Sequel Logo in Ruins. Progressive Instrumentation music may be used.

This is not only a video game trope though, other mediums have been known to change their title information. With books and film, it's usually through holographic/lenticular gimmicks, or releasing a Variant Cover after spoilers are out (this is ignoring reprints and regional covers though). Because of the way "title screen" is defined here as the book/movie cover, a TV series could theoretically have both Evolving Credits and a cover that changes.