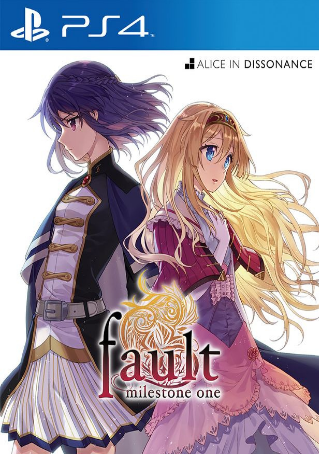 The Rughzenhaide Castle burns as a mysterious faction led by Koko, Mharie, Sian, and Melano corners the princess Selphine Rughzenhaide and her royal guard, Ritona Reighnvhasta. In an attempt to escape, Ritona inadvertently teleports Selphine and herself to an unfamiliar land. As they get ready to journey back to the Kingdom of Rughzenhaide, they meet a girl named Rune, who is much more than she appears to be...

Fault Milestone One, stylized as fault milestone one, is the first part of a series of Science Fantasy kinetic Visual Novels by the dojin group ALICE IN DISSONANCE. It is currently available on

versions of the game are available as well. The creators ALICE IN DISSONANCE have a patreon page

fault milestone one provides examples of the following tropes: