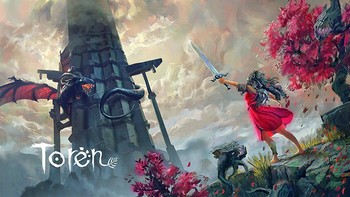 Toren is a 2015 action-adventure puzzle game for PC and PlayStation 4, created by Brazilian developer Swordtales and distributed by American company Versus Evil. It was was the first brazilian game funded by the government's public tax credit, through Rouanet Law.

The player controls the Moonchild, a girl born in a magic tower and who has the goal to reach the top of it and free the Moon from an eternal Sun. The game begins with her as a baby; she grows up and develops as she goes up the tower's levels, solving puzzles and avoiding traps until defeating the dragon that lives at the top of the tower. Moonchild has visions about a wizard, her own origin and tower's nature.