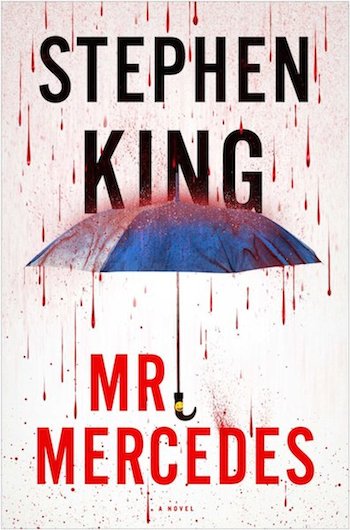 Mr. Mercedes is a novel by Stephen King, described as the author's first hard-boiled detective novel.

A psychopath drives a stolen Mercedes into a crowd of people, leaving eight people dead and fifteen wounded. He is never caught. A year later, retired cop Bill Hodges is sent a letter by the killer taking responsibility for the crime. What ensues is a game of cat and mouse between the two as Bill must track down 'Mr. Mercedes' before he can strike again.

A series adaptation, starring Brendan Gleeson and Harry Treadaway as detective and killer respectively, premiered on AT&T's Audience Network on August 9, 2017. Originally intended as a miniseries, additional seasons adapted the later books in the series. Following the Audience network's discontinuation, the show's distribution rights were acquired by Peacock, though no forthcoming season has been announced.

The novel contains examples of the following: