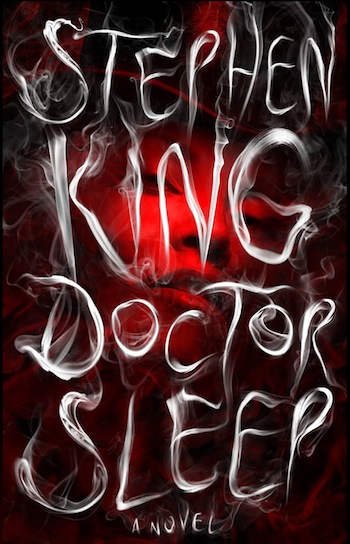 “FEAR stands for Fuck Everything and Run.”
— Opening quote
Advertisement:

Doctor Sleep is a 2013 novel written by Stephen King and a sequel to one of his most famous novels, The Shining. Danny Torrance is now an adult struggling with alcoholism. He works at a hospice where, aided by a prescient cat, he is able to use his "shining" to give aid and comfort to the dying. He meets Abra Stone, a young girl with a "shining" of her own, who is being stalked by the True Knot, a group of psychic vampires who sustain themselves on children like Abra.

A film adaptation directed by Mike Flanagan of Oculus and Hush fame and starring Ewan McGregor was released in November 2019. In an interesting case of Alternate Continuity, while King went out of his way to make clear the book is a sequel to his own work and not the Stanley Kubrick film adaptation which he famously found a lacking adaptation of his book, the film is in turn very much a sequel to that film.

FEAR stands for face everything and recover.