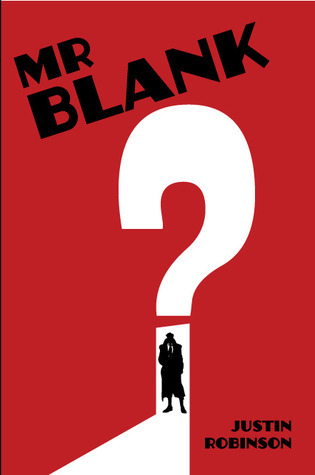 "Every conspiracy needs a guy like me.
Problem is, they all have one. Me."
— Mr Blank

is a comic neo-noir novel about a guy who does bizarre errands for every conspiracy, secret society, and mystery cult in existence. On one of his errands, someone tries to kill him. Everyone has a motive and everyone is a suspect. From Satanists to Little Green Men, from the Russian Mob to the CIA, he's betraying everyone. In the funniest way possible. Followed by a sequel.