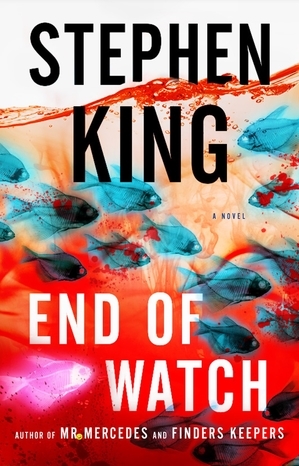 End of Watch is a 2016 Detective Fiction/horror novel by Stephen King, and is the final book in the trilogy centering around mass murderer Brady Hartsfield and retired detective Bill Hodges.

By all accounts, Brady Hartsfield is nonfunctional - while no longer completely comatose, he's barely able to communicate or move. However, his mind is far more active than he lets on, and he has sinister plans to finish the work he started in Mr. Mercedes and get revenge on the meddlesome cop who ruined his life.

Preceded by Mr. Mercedes and Finders Keepers and followed by The Outsider (2018).