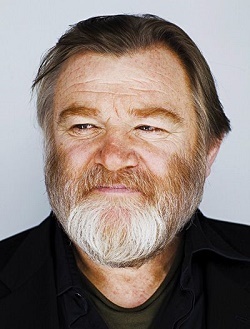 He's best known as Mad-Eye Moody in the Harry Potter films and Hamish Campbell in Braveheart, and to Ireland as Ken in In Bruges, Sgt. Gerry Boyle in The Guard and Father James in Calvary. He has a very distinctive face and voice and, as such, is considered to be one of the Irish film industry's most prominent actors. Very often cast as detectives and police officers.

He's the father of four, including actors Domhnall and Brian Gleeson.