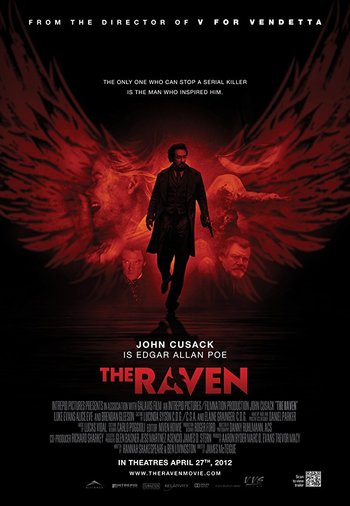 The film is a fictionalized account of the last days of life of writer Edgar Allan Poe in 1849, in which Poe (Cusack) pursues a serial killer whose murders mirror those in Poe's stories with the help of Inspector Fields (Evans). While the plot of the film is fictional, some accounts of real situations surrounding Poe's mysterious death also appear in the story.