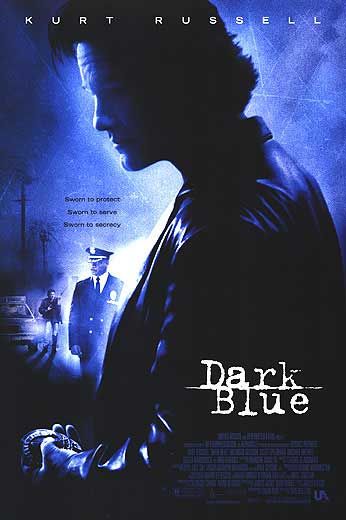 Maybe a little too literal.
"This whole damn city is gonna burn."
Advertisement:

Dark Blue is a 2002 cop thriller directed by Ron Shelton (Bull Durham, White Men Can't Jump) and based on a novel by James Ellroy set in Los Angeles in 1992, days before the city erupted into rioting following the Rodney King verdict. It stars Kurt Russell as Eldon Perry, a highly corrupt veteran detective in the LAPD.

Not to be confused with the series of the same name.