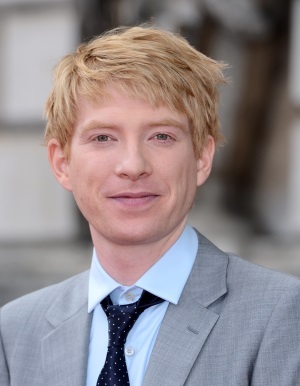 Domhnall Gleeson (born 12 May 1983) is an Irish actor and the son of actor Brendan Gleeson, alongside whom he acted in a number of films, among them Calvary and both parts of Harry Potter and the Deathly Hallows. His other notable roles include General Hux in the Star Wars sequel trilogy, Caleb in Ex Machina and Tim in About Time.

He also holds the honor of being the only person to play a live-action role in a ride at both Disney World and Universal Studios Explanation Hux in Star Tours (and later in "Rise of the Resistance" at Star Wars: Galaxy's Edge) and Bill Weasley in Harry Potter and the Escape from Gringotts.