Film / The Tailor of Panama 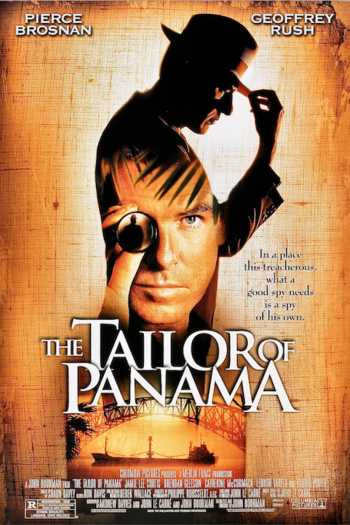 The Tailor of Panama is a 2001 espionage thriller film adapted from the 1996 novel of the same name by John le Carré, directed by John Boorman and starring Pierce Brosnan, Geoffrey Rush, Jamie Lee Curtis, and Brendan Gleeson.

It follows the stories of Harry Pendel (Rush), a British expat in Panama, and Andy Osnard (Brosnan), the MI6 agent who blackmails him.