Film / In the Heart of the Sea 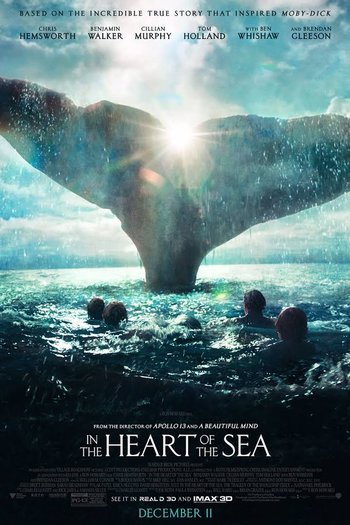 Innkeeper Thomas Nickerson is the last survivor of the whaleship Essex and agrees to tell the secret details of the experience to novelist Herman Melville, who seeks inspiration for a novel he intends to call "Moby Dick".

In the Heart of the Sea is a 2015 biographical adventure film based on Nathaniel Philbrick's 2000 non-fiction book of the same name. The film was directed by Ron Howard and stars Chris Hemsworth, Benjamin Walker, Cillian Murphy, Tom Holland, Ben Whishaw, Frank Dillane, and Brendan Gleeson.