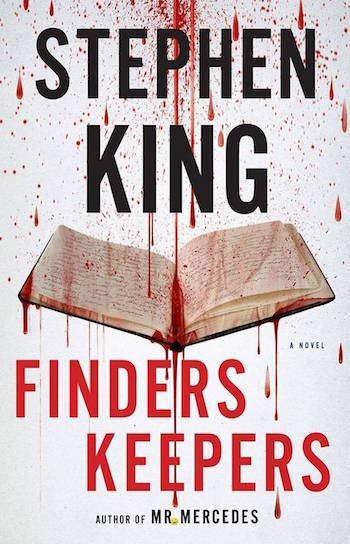 Finders Keepers is a 2015 novel by Stephen King, the second in a trilogy that includes Mr. Mercedes and End of Watch. Set a few years after the events of Mr. Mercedes, the plot involves the family of one of the victims of the City Centre Massacre, and revisits Det-Ret Hodges and friends.

The novel contains examples of the following: