Literature / The First Rule of Survival 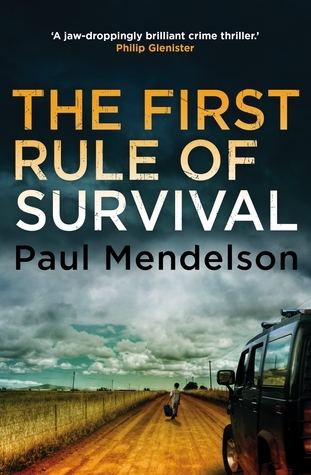 This is a novel by Paul Mendelson of the South African Police Force in the first decades of the 2000s. South Africa is still making the transition from an apartheid state into an inclusive modern democracy. Its police force has undergone a series of transformations, some helpful, some unhelpful, as the new state tries to work out what sort of a police force it wants to have. A small group of older officers who began their police careers during the apartheid era are still present, struggling with change, and trying to function as responsible conscientious coppers amidst all the political infighting, and set against what they are coming to realise is at best an unhelpful and out-of-touch bureaucracy. This is a long way from the incompetent and toxic policing described in works like Tom Sharpe's Indecent Exposure and Riotous Assembly. note Both books are alluded to. Colonel Vaughan de Vries is coming to realise that the new management considers officers like him to be an anachronism and an embarrassment, and that the new General commanding the Pretoria force, a careerist Zulu placed in post for political reasons, wants him out. This is despite de Vries being a generally good and conscientious officer who even in apartheid days tried to police as well and as fairly as he could, who is aware that his Afrikaaner upbringing has given him lots of unhelpful prejudices and who actively tries to compensate for the bias and prejudice he was brought up with. He is also aware of the new generation of "internal security" officers who are potentially as dangerous and as toxic as the old BOSS - this time against white officers. Both he and his superior, Brigadier de Toit, are aware they are marked men for the new leadership.

In the midst of all the politicking and infighting, an old case concerning missing boys is unexpectedly reopened. De Vries not only has to fight his superiors; the nature of the case means a lot of prominent and well-connected people are potentially involved in a child-sex and human trafficking operation.

This book is followed by 3 sequels:

Cape Town sees an outbreak of the following tropes: