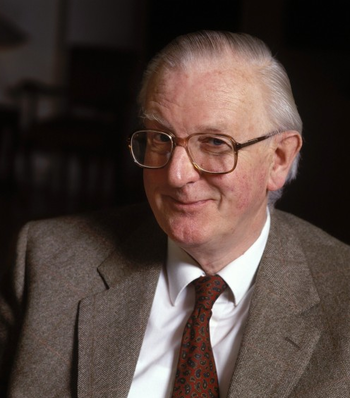 Thomas Ridley Sharpe (30 March 1928 – 6 June 2013) was a Cambridge-educated British author of comic Farce novels. He is perhaps best known for his Wilt series of comic novels, but the Piemburg farces, which are drawn from his time living and working in apartheid South Africa, are also worth a honorable mention. (He was deported from South Africa for subversion and not taking apartheid seriously). He had been described as England's funniest living writer, but in a country also boasting Sir Terry Pratchett, Tom Holt and Robert Rankin, that was perhaps open to debate.
Advertisement:
Advertisement: