Literature / A Grain Of Wheat 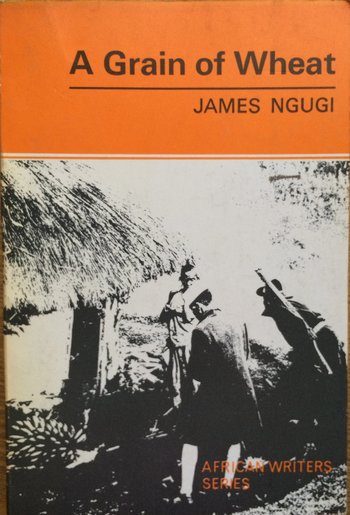 A Grain of Wheat is a Kenyan novel written by Ngũgĩ wa Thiong'o (then James Ngugi) and published in 1967. It explores the details and aftermath of the "Emergency", or Mau Mau rebellion, and the subsequent "Uhuru", or independence of Kenya from the British Empire, centering on the villagers of Thabai. During the rebellion, a villager named Kihika led local resistance against the British before being betrayed by one of his fellow villagers and executed. Afterwards, the villagers seek to exact revenge on the one who betrayed Kihika. Other characters include Kihiki's sister Mumbi, her husband Gikonyo, the loner-turned-village hero Mugo, the widely reviled British collaborator Karanja, and the former colonial administrator of Thabai, DO John Thompson.