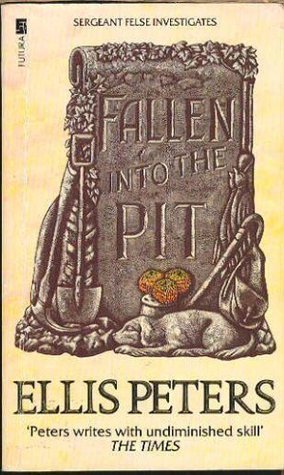 A detective novel series by Ellis Peters that ran for 13 novels, 1951-1978. The series has a contemporary setting, with policeman George Felse and his son Dominic sharing the limelight; which one gets how much of the limelight varies from novel to novel. Over the course of the series, George rises from a village bobby to the head of the county CID and Dominic grows from a small boy to a self-assured young man.

Death and The Joyful Woman won an Edgar Award and was adapted into an episode of The Alfred Hitchcock Hour, with Frank Overton as George Felse.