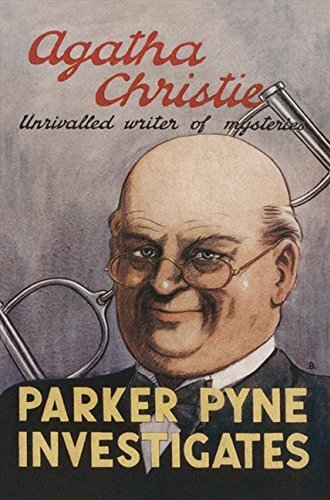 Are You Happy? If Not, Consult Mr. Parker Pyne.
Advertisement:

Mr. C. Parker Pyne is a character featured in fourteen short stories by Agatha Christie in the 1930s. Twelve were collected in Parker Pyne Investigates in 1934; two more stories, written later, appeared in the US-only collection The Regatta Mystery and the UK-only collection Problem at Pollensa Bay.

The first six stories depict Parker Pyne's profession: He boasts that he has discovered the underlying principles of human nature and can solve any kind of unhappiness — for, of course, a suitable fee. Each story has a different client consulting him with their problems, and he arranging for their lives to gain an appropriate dash of adventure, romance, or whatever else they're lacking. These stories are not conventional detective stories, with the main mystery in most of them being the question of what exactly Parker Pyne has planned.

The next six stories have Parker Pyne on holiday and journeying to various countries around the Mediterranean, in each of which he gets involved in a mystery either by having his name recognised from his professional advertisements or because he sees a problem and feels obliged to intervene. These are more conventional mystery stories, with Parker Pyne unravelling cases of deception, theft, and even murder.

The final two stories also depict Parker Pyne finding new problems while on holiday, in Majorca in "Problem at Pollensa Bay" and in Devon in "The Regatta Mystery".