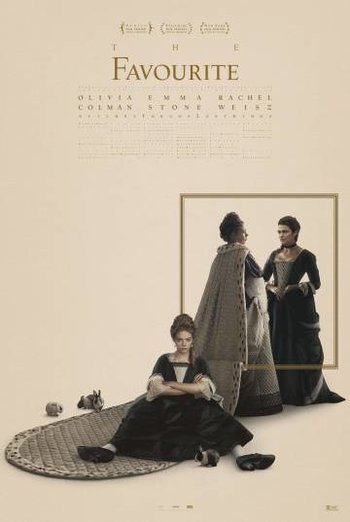 "As it turns out, I am capable of much unpleasantness."
— Abigail
Advertisement:

The Favourite is a historically-inspired 2018 period black comedy film directed by Yorgos Lanthimos. Set in the royal court of Great Britain at the beginning of the 18th century, the film is about how Lady Sarah Churchill (Rachel Weisz) and her cousin, Abigail Hill (Emma Stone), become bitter rivals with each other for the powerful position of Queen Anne's (Olivia Colman) personal favourite. Nicholas Hoult, Joe Alwyn, James Smith, and Mark Gatiss appear in supporting roles.