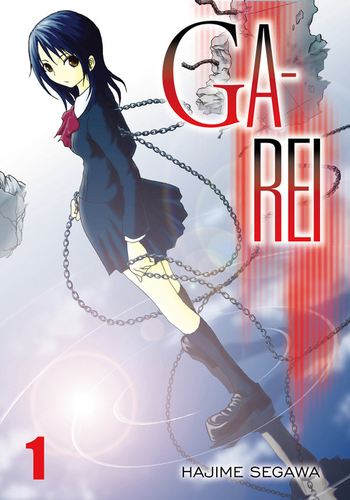 Ga-Rei is a manga series by Hajime Segawa, which was serialized in Shonen Ace from 2005 to 2010. The story focuses on mostly-Ordinary High-School Student Kensuke Nimura and definitely not ordinary high school girl named Kagura Tsuchimiya. After an incident involving a giant monster ghost baby Kensuke follows Kagura into her world of supernatural peril.

Ga-Rei -Zero- is a Prequel anime series that acts as Yomi (the first Big Bad)'s Start of Darkness. It is also much Darker and Edgier; Ga-Rei is quite light in comparison.