Characters that appear in Ga-Rei and its prequel Ga-Rei -Zero-. Beware unmarked spoilers for both. 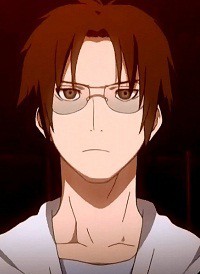 The protagonist. Kensuke is an Ordinary Highschool Student who has had the ability to see ghosts ever since he was a kid. Because of this, he always felt different, but things changed after meeting Kagura. 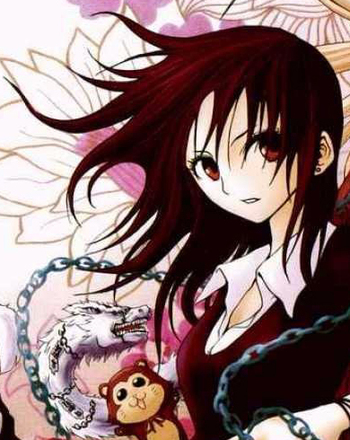 to see her appearance in -Zero-

The heroine of the story. Her spiritual beast is the Ga-Rei Byakuei (which she calls Shirou), an inugami who resembles a large white dragon. 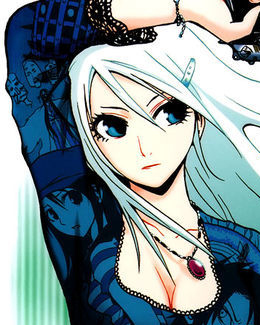 The daughter of the leader of the Juugondou clan. Since the techniques of her family were banned centuries ago, her family works as a supernatural mafia. Her spirit beast is Kuroford, the second strongest after Byakuei.

A transfer student from one of the schools that were destroyed in the devastation in Tokyo. Her appearance is very similar to that of Yomi's, but according to the agency there is no relation between the two.

An agent of the Ministry and heir of her clan. 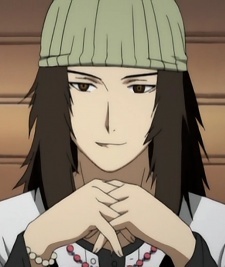 to see his appearance in -Zero-

An old friend of Kagura and ex-fiancé of Yomi.

Head of the Ministry as well as Kyōko's grandmother.

A large man from Australia. He is Iwahata's master and the creator of most of the Ministry of Environment's weapons from the practical guns and swords to irons and boilers.

The protagonist of the spinoff Ga-Rei: Tsuina no shou. He's an exorcist for the Kyoto division of the Counter-measure department. 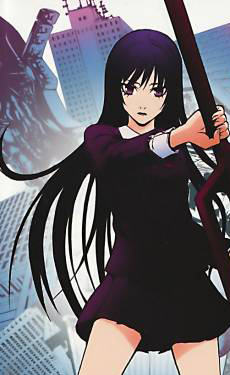 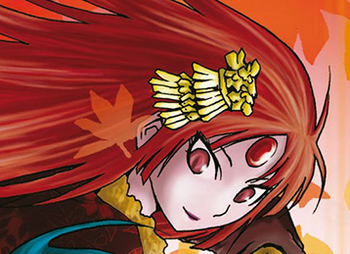 to see her appearance as an onryō
Click here

to see her appearance in -Zero-

Sister-figure of Kagura who turned evil because of the power of the Bane Stone. She was killed by Kagura herself and has turned completely evil in her afterlife.

A boy who used to belong to the Agency. He was enthralled by the Bane Stone, hoping to use the Kyuubi's powers to revive his mother, an exorcist who had been previously killed in action. When Lord Tamamo appeared to him in the Vatican's library, he willingly became one of her minions. He was the one who gave Yomi her Bane Stone and later took it away after he was displeased with Yomi giving one to Kensuke.

Shizuru's sister, who used to be very close with her. She has a spirit beast, a water-using ogre-like creature called Suiko.

Yomi's older cousin and a freelance exorcist. Mitogawa implants a Bane Stone in her, which kicks off the tragedy of Yomi.

A group who are meant to be the servants of the Black Priestess. Their goal is escorting Yomi to Naraku and bring about the end of the planet.

Kagura's eponymous beast with the form of a dragon-like inugami with chains wrapped around it. He is one of the most powerful spirit beasts on earth. He was sealed in ancient times and has been passed down to the head of the Tsuchimiya family for generations. A lengthy ritual is required to seal Byakuei inside the recipient and Byakuei is never completely released, as he would break free of the seal and devour his owner.

Shizuru's spirit beast, the second strongest after Byakuei. Kuroford was originally sealed within an iron knife until Shizuru drew him out.

A cute little tanuki who protects Kensuke from his mate, who was corrupted by a Bane Stone. After the death of his mate, he is taken in by Kensuke and becomes something like his pet.

A large monster the size of a city created when the ten pieces of the Bane Stone came together. The might of the creature grants the host unlimited power to grant their hearts deepest wish no matter how impossible it is.