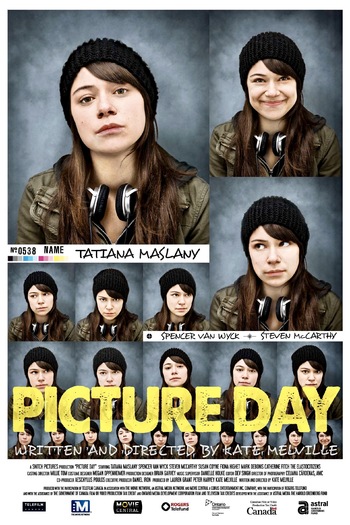 A 2012 Canadian teen comedy film written, directed and co-produced by Kate Melville. Claire (Tatiana Maslany) is forced to repeat her senior year in high school, but is more interested in smoking pot, pulling pranks, and shacking up with Jim (Steven McCarthy), the leader of a local band. As her "grade 13" commences, Claire realizes that one of the incoming freshman — nerdy, introspective Henry (Spencer Van Wyck) — was a kid she used to babysit. She takes it upon herself to give Henry a popularity makeover, completely unaware of his true feelings towards her.

Invokes (but shouldn't be confused with) the actual Picture Day trope.