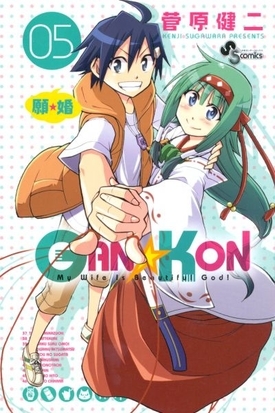 Gan Kon is a manga by Kenji Sugarawa.

Shinta Tagamori, a student who routinely confesses with complete sincerity to any girls that he likes, failing every time with good reason. One day, after another failed attempt, he stumbles upon a strange shrine and ends up making the most important wish of his entire life. A romantic comedy packed with action on a celestial scale.

Tropes in the story: