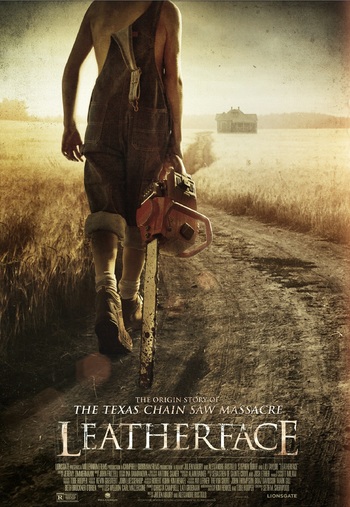 It is about a teenage Leatherface who escapes from a mental hospital with three other inmates, kidnaps a young nurse and takes her on a road trip from hell. Along the way, they are pursued by an equally deranged Texas ranger named Hal Hartman who's out for revenge, and they quickly run into the infamous Sawyer family. One of these teens is destined for tragedy and horrors that will destroy his mind, molding him into the monster we now call Leatherface.

It was first shown on August 25th, 2017 at Empire's Leicester Square, released exclusively on DirecTV's streaming service on September 21, 2017 and later distributed through theaters on October 20th, 2017.

This films provides example of: