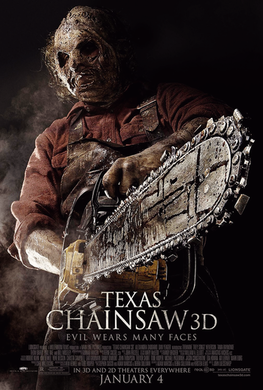 The film begins with the Sawyers being killed and their family homestead being burned down shortly after the first film... except for one infant, who is rescued by one of the townspeople and taken in as part of the Miller family. And with that, Edith Sawyer becomes Heather Miller, who decades later, learns that she inherited a mansion from her biological grandmother. She goes there with her friend and boyfriend and they learn the hard way that Leatherface is still alive. Pretty soon, the townspeople learn the truth as well and decide to take their vendetta to Heather herself.

A prequel called Leatherface was released in 2017 which delves into Leatherface's life during his late teens.