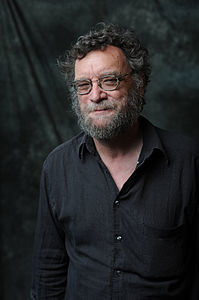 Michael Swanwick (1950—) is an American Speculative Fiction writer. He started with a bang when his first two published stories, "Ginungagap" and "The Feast of St. Janis" were nominated for the Nebula Award. His breakout novel, Vacuum Flowers is considered a classic of the Cyberpunk genre, but he quickly branched out into other styles. His award-winning Stations of the Tide was almost-psychedelic SF story, and The Iron Dragon's Daughter is a science fantasy which borders on what would later come to be called be called Steampunk.