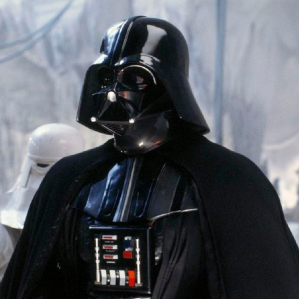 "I find your lack of faith disturbing."

Darth Vader was the Sith identity of Anakin Skywalker, the Jedi Knight and father of Luke Skywalker who was seduced by the Dark Side of the Force in addition to helping the Galactic Empire eradicate the Jedi Order and put an end to the Galactic Republic. While he was the evil Emperor's top enforcer and Supreme Commander of the Imperial Forces, he sought to crush the fledgling Rebel Alliance by any means necessary while pursuing goals of his own.

For info on Anakin Skywalker, see his page. For the Self-Demonstrating Article on the Darth Wiki, go here. 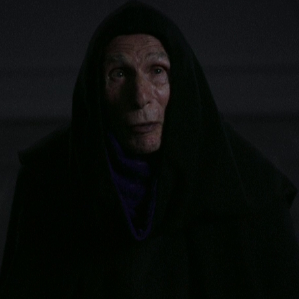 Darth Vader's servant, tending to his master's castle on Mustafar.

Appearances: Darth Vader: Dark Lord of the Sith
"As long as I serve you, I will do both — if I ask a question it is because I believe the answer will enhance my service."

A droid that assists Vader on his journey to find a new lightsaber crystal.

Crew of the Ark Angel

For Dr. Aphra, Triple-Zero, BT-1, and Black Krrsantan, see their entry on the Dr. Aphra and Crew page. 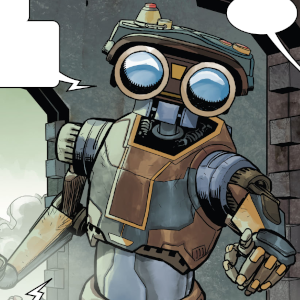 A forensics droid that accompanies Vader in his investigations into Padmé's death and the birth of her son.

You Would Be Wise To Surrender

Darth Vader assures Cal Kestis that it'd be best to surrender. Given the "fight" against him, he isn't wrong.

You Would Be Wise To Surrender

Darth Vader assures Cal Kestis that it'd be best to surrender. Given the "fight" against him, he isn't wrong.