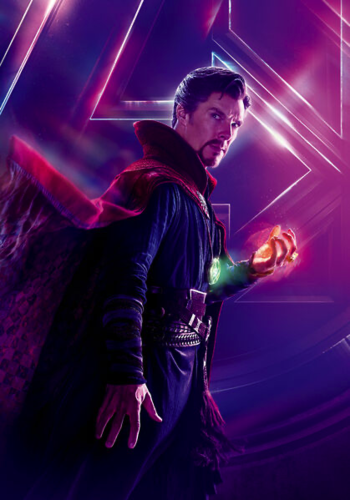 "In the grand calculus of the Multiverse, their sacrifice means infinitely more than their lives."

An expert neurosurgeon whose career ended abruptly when an injury sustained during a car crash destroyed the nerves in his hands. He eventually sought out the Ancient One in search of a cure for his condition, only to become her latest disciple in the Mystic Arts. Strange eventually becomes the master of the Sanctum Sanctorum in New York City, one of three seals that protect Earth from magical and extra-dimensional threats.

The Cloak of Levitation

The Cloak of Levitation 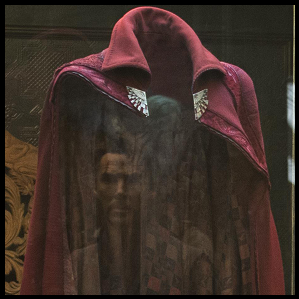 Karl Mordo: The Cloak of Levitation... it came to [Strange].
The Ancient One: No minor feat, it's a fickle thing.

A cloak that enables its user to levitate. It possesses a mind of its own and proves itself as more of an ally than a tool to Strange. 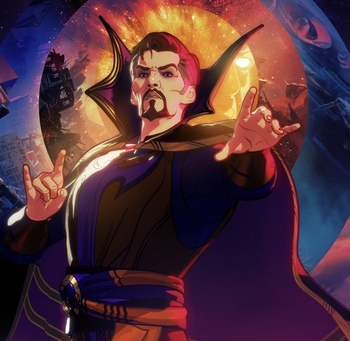 "Nothing is impossible. You taught me that. I only require more power."

"How many nights did we sit in the Sanctum Sanctorum, Time Stone in the palm of our hand, knowing we could go back, gathering the courage? Well, I had the courage! I spent centuries, sacrificed everything for Christine!"

The Doctor Strange of Earth-91233, who became immensely powerful in his quest to undo the always-destined death of Christine Palmer in his timeline... with extremely dire consequences. 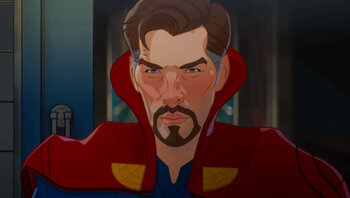 "The Ancient One warned us. If we save Christine, we destroy the world."

"You can't bring her back. The world out there is breaking."

In an attempt to stop Strange Supreme from tearing reality apart, the Ancient One split his existence into two, creating a Variant within a Variant who gave up his ambitions to resurrect Christine Palmer and remained good. 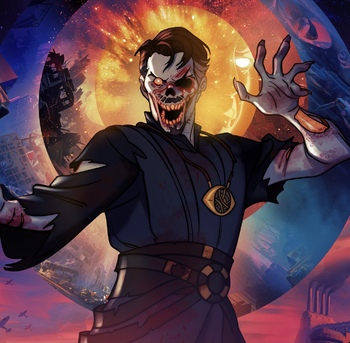 On Earth-89521, Doctor Strange was infected with a zombie virus.

"You ever had that dream where you're falling, as if you've been pushed off a tall building? That was probably me."

A Variant of Doctor Strange, coming from a world that has been almost destroyed due to a unknown event. 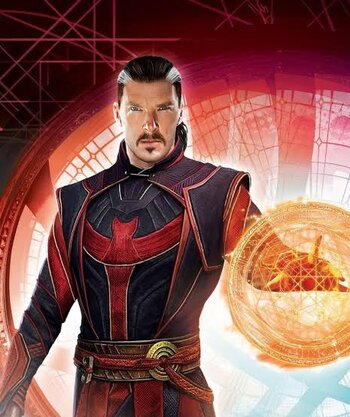 "I can't let that thing take your power. You can't control it, but I can."
Click here to see him in his undead state 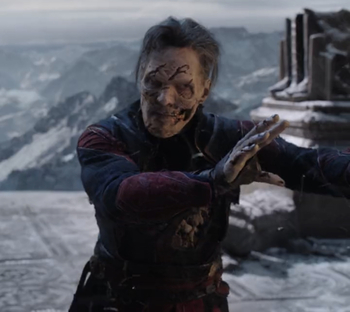 "This time, it's gonna take more than killing me to kill me."

A Variant of Doctor Strange who teamed up with America Chavez. 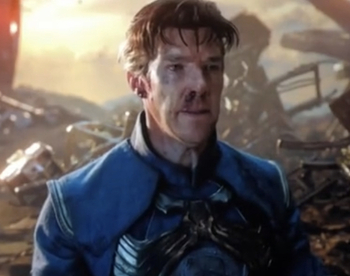 The Doctor Strange of Earth-838, who gave his life defeating Thanos... Supposedly.

Raimi-Verse Strange
A Variant of Stephen Strange confirmed to exist on Earth-96283, he is also The Ghost and isn't mentioned beyond one scene in Spider-Man 2.
For more info on this Variant, see the Spider-Man Trilogy: Others page
Feedback

Doctor Strange meeting The Ancient One for the first time and thinking she is full of it, he tries to call her out when she takes control of the situation by projecting him out of his physical form.

Doctor Strange meeting The Ancient One for the first time and thinking she is full of it, he tries to call her out when she takes control of the situation by projecting him out of his physical form.