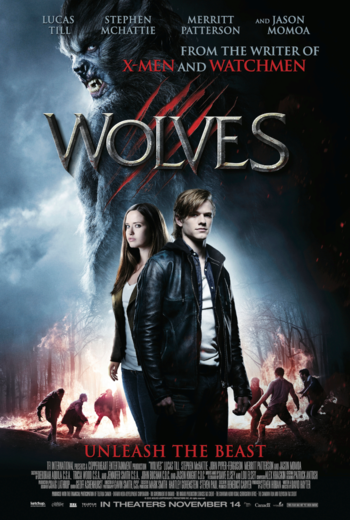 Red in tooth and claw.
Advertisement:

A 2014 homage to old-fashioned monster movies, written and directed by David Hayter.

High schooler Cayden Richards has a charmed life... at least until his inner beast comes out in the most horrifying way imaginable. Forced on the run, Cayden finds himself steered towards the town of Lupine Ridge.

Once there, he finds a community under the sway of brutal, animalistic Connor Slaughter, as well as some very dark secrets about his own history.

Wolves stars Lucas Till as Cayden and Jason Momoa as Connor Slaughter.