Film / The Wolf of Snow Hollow 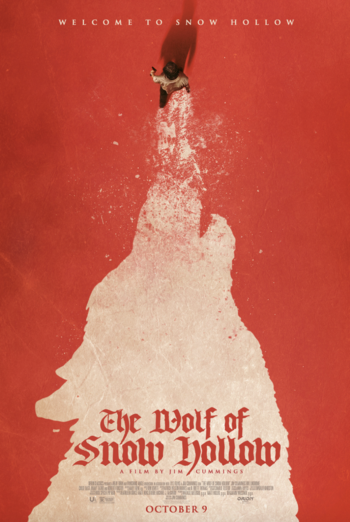 "Let me just make this perfectly clear: there is no such thing as werewolves. Our killer is a guy, and I'm gonna find him, and I'm gonna kill... and we're gonna bring him to justice."
—Officer John Marshall
Advertisement:

The Wolf of Snow Hollow is a dark comedy-horror film written and directed by Jim Cummings.

Officer John Marshall (Cummings) is a recovering alcoholic cop and single father of one in the small ski town of Snow Hollow, Utah, working under his ailing father, Sheriff Hadley (Robert Forster). As a series of murders begins to sweep the community, John begins slipping in his duties as both a family caretaker and an effective investigator. The most disturbing fact, however, is that the victims these attacks appear to have injuries inflicted by some kind of beast.