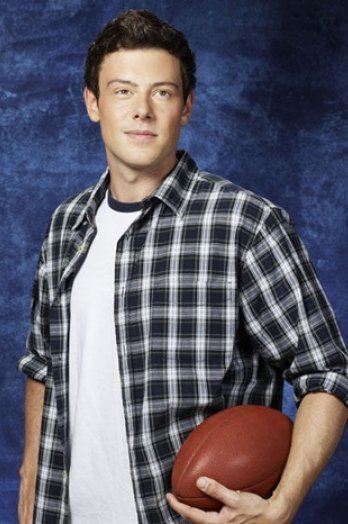 He's like the boss you can have a drink with.
You're a goddamn quarterback! You know what that means? It's the top spot, kid. It's the guy who takes the fall. It's the guy everybody's looking at first — the leader of a team who will support you when they understand you. Who will break their ribs and their noses and their necks for you, because they believe. 'Cause you make them believe. That's a quarterback.
— Tony D'Amato, Any Given Sunday
Advertisement:

Have you seen the High School? Then you'll have definitely noticed this guy. He's the de facto captain of the football team and, per rules of the American education system, is a pretty big deal. This is the Quarterback, the moral, heroic, leader with a good arm.

He will always go around wearing his jersey/letterman/varsity jacket, most likely carrying a football, and surrounded by other members of his team. In this department he is a talented, authoritative, motivational, and charismatic leader. He's probably on a first-name basis with the entire PE department staff and has a bit of influence on them.

So, his potential to be a Jerk Jock is pretty high, right? The occasional work will do this, but more often than not he's actually a Nice Guy. There's a good chance he'll start out as an unfavorable guy before Character Development kicks in and he becomes a friend, or at least an ally, but in quite a significant number of works he will start as The Heart of the team.

If he starts as part of the protagonist gang he will likely be The Lancer, if he begins as antagonistic then he will likely try to redeem himself for his past sins with a big, dramatic, day-saving gesture.

Regardless, he will likely be pretty popular — and is probably dating the Cruel Cheerleader, Pom-Pom Girl, or Lovable Alpha Bitch — though this may diminish when he swaps out being a bully for helping the nerdy hero. He may also not be the brightest of sparks, but has his good intentions.

Compare and Contrast with elements of the Jerk Jock.

See also: Big Man on Campus, The All-American Boy and Lovable Jock. The equivalent in Japanese Media is the Kendo Team Captain.