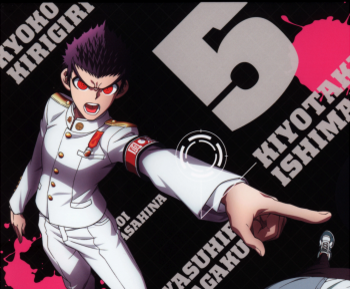 In Japanese society, a method for identifying the leader of a group, be it the leader of an Ouendan or a club or group president, is to look for the red armband on the upper arm. The armband has the name of the group printed on it.
Advertisement:

For Westerners, associations might come out wrong. Very wrong. Except for Russians, who used similar armbands quite innocently during the Soviet period. Plain black armbands have a much different connotation - they indicate that the wearer is either mourning a lost comrade, or that they're an anarchist.