Pink Is for Sissies 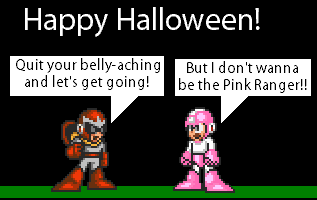 The idea in fiction that a male character, when wearing pink, actively manages to lose a great deal of his more masculine qualities, or is accused of being gay. This results not just in other people making snarky and rude remarks to him, but may actually result in distinct changes in his character.

Tomboys may also object to this color because it's girlish. As can women who think it's childish.

The trope is the reason Real Men Wear Pink is named so. When women are seen as sissies for wearing pink, it also fits into Real Women Don't Wear Dresses.

Alternative Title(s): Pink Is For Girls