Fanfic / Us and Them 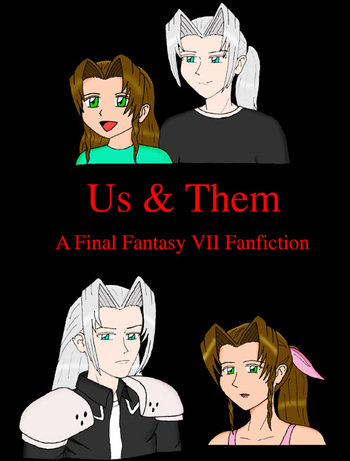 Looking for evidence that will hopefully get his nemesis, Professor Hojo, kicked out of Shinra, Professor Gast finds Vincent Valentine in the bowels of the Nibelheim mansion. Vincent then goes and steals away Shinra's most prized project, Sephiroth, and drops him with Gast and his wife. Already expecting a child of their own, the couple decides to take the boy in and raise him as their own.

where Sephiroth is raised alongside Aeris as her older brother. Eventually circumstances come that cause him to face his true nature and decide who he truly desires to be.

There are currently two completed stories in this continuity, collectively called The Ripples Saga, Us and Them

, with several one-shot side stories. A third story, Welcome to the Machine

is currently in progress.