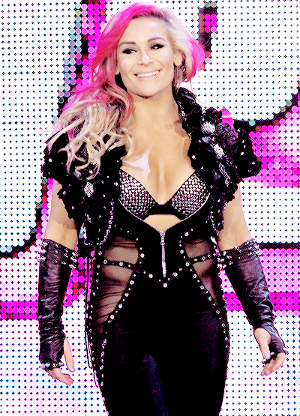 Natalie Katherine "Nattie" Neidhart-Wilson (born May 27, 1982) is a Canadian professional wrestler who debuted in 2000 for her family's Stampede Wrestling promotion but worked primarily for Matrats until 2003. After a run through Stampede, Nattie spent the next two years touring England and Japan, particularly in NEO Women's Pro Wrestling, before returning to Canada to become the first Stampede Women's Pacific Champion. Nattie then moved down south to wrestle in the Western USA, snagging the NWA Pacific Northwest SuperGirls Title, the attention of then fledgling promotion SHIMMER and eventually a contract with WWE under the name Natalya.

Natalya is the daughter of WWE Legend Jim "The Anvil" Neidhart and the niece of Bret "The Hitman" Hart. Natalya was trained in her family's famous Dungeon and is, to this day, the only female graduate. In the WWE, she was the first 3rd-generation Diva and initially managed cousin DH Smith and real-life boyfriend (now husband) Tyson Kidd as The Hart Dynasty but she entered the women's division when they split up and eventually became WWE Divas Champion. She is also currently a member of the Total Divas reality show.