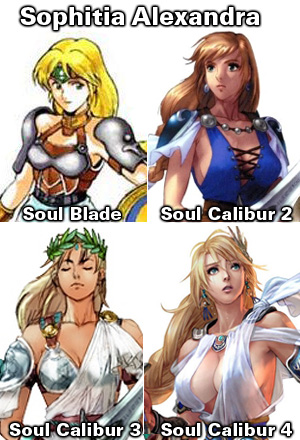 "Please, no more, my back is killing me!"
Advertisement:

When a character, usually a female character, gets made more attractive during the run of a show. Sometimes justified as the actions of puberty, when a younger character (or actress) starts filling out as they grow up.

Named after what Microsoft calls its minor Windows upgrades, and, of course, Fanservice. (In fact, a service pack or patch is often used to pull this off in video games.)

When this is done on purpose to an Action Girl as Character Development, it's an Adrenaline Makeover. Compare Beautiful All Along and Progressively Prettier, which is when this happens to characters who are initially not supposed to be considered attractive, and Self-Fanservice, when fan works reshape an unattractive character into a beautiful one. If done on an adaptation, it's Adaptational Attractiveness, or Adaptational Skimpiness if the main part of it is a more revealing costume. Contrast Girliness Upgrade. May involve a Significant Wardrobe Shift.