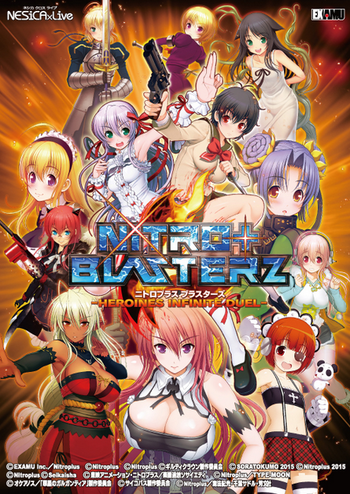 Nitroplus Blasterz: Heroines Infinite Duel is a Mascot Fighter consisting of numerous heroines from various nitro+ franchises that have been summoned to a dream-like world to do battle.
Advertisement:

It was originally released on arcades on April 30th, 2015, but has also been ported to the PS3 and PS4 on February 2nd, 2016, with the western release of the PS4 port handled by XSEED Games. PC version on Steam followed on December 8th, 2016.