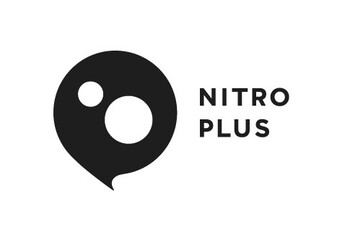 If you want Dark Stories, you got it.
Advertisement:

Nitroplus Co., Ltd. (Nitro Plus before the 2008 rebranding), stylized as nitro+, is a Japanese game company specializing in Eroge and Visual Novels. Their works are almost invariably dark in tone, with an abundance of Eldritch Abominations, horror, rape, gore and violence.

Their first release was 2000's Phantom of Inferno, also was main writer Gen Urobuchi's first work with the company. Subsequent games such as 2003's Saya no Uta and 2008's Chaos;Head garnered enough acclaim for the studio's popularity to reach levels comparable to that of Key/Visual Arts, TYPE-MOON and 07th Expansion.

One of Nitro's most prolific creators is Gen Urobuchi, who has gone on to write Fate/Zero, Puella Magi Madoka Magica, and Psycho-Pass independent of the company. Vocalist Kanako Itou is another frequent collaborator, having performed the musical themes for many of their VNs and anime adaptations. On a sad note, their music producer Shingo Minamino was murdered tragically and brutally in the middle of a busy street.

They have their own record label, GEORIDE

, which represents a repertoire of music artists that often performs vocal themes on their titles.

For some reason, the company responsible for so many dark and disturbing stories has a mascot in the pink-haired, baby-faced, be-headphoned Moe character Super Sonico. And for the branch that focused on producing Boys' Love Visual Novel called Nitro+CHiRAL have a mascot with long white-haired, always seen with his trusty bass, be-headphoned Bishōnen character called Naitou-kun

In 2021, nitro+ announced that they are putting their R18 works under a separate banner called Nitro Origin (formerly Nitro R18), while All-Ages stuff stays in the main brand, now renamed back into Nitro Plus.

Releases of Nitro+ (in chronological order):

Nitroplus also has a branch focused on producing Boys' Love Visual Novels: Nitro+ CHiRAL. Its works are listed below:

In addition, people from the company have worked on, or are credited in, other works:

Tropes pertaining to them, and their works in general: