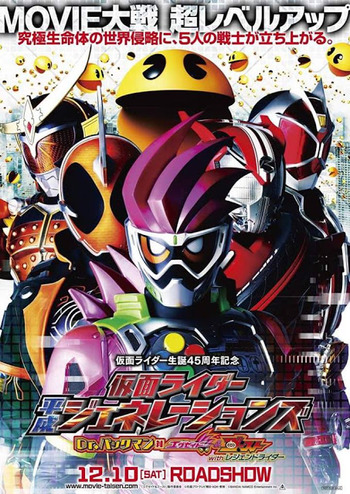 The eighth annual winter team-up movie between Kamen Rider series, featuring not only Kamen Rider Ghost & Kamen Rider Ex-Aid, but also Wizard, Gaim, and Drive in a battle to the death against Dr. Pacman. No, seriously. It premiered on December 10, 2016.

Tropes exclusive to this movie: