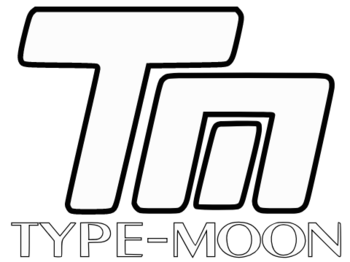 Notes Co., Ltd. 『有限会社ノーツ』, better known under the brand name Type-Moon 『タイプムーン』, is a Japanese videogame developer best known for creating the Fate franchise, which alongside the works Tsukihime and The Garden of Sinners, as well as other various works from the company, make up the greater Nasuverse franchise (named for co-founder and head writer Kinoko Nasu).
Advertisement:

Originally, Kinoko Nasu and artist Takashi Takeuchi worked in Doujinshi circles in making various assortment of works within those groups. The duo, who also happened to be long-time friends, decided to join together after collaborating with each other on The Garden of Sinners, forming the doujin circle Type-Moon in 1998, shortly after the release of the novel series.

In 2000, Type-Moon would release the visual novel Tsukihime, which quickly amassed high sales and a large fanbase, leading to various adaptations, merchandising opportunities, and collaborations, including one in 2002 with fellow doujin circle French-Bread resulted in Melty Blood, a fighting game spin-off of Tsukihime. Thanks to the commercial success, Type-Moon would officially transition from a doujin circle to an official company (known as Notes) in 2004.

Shortly after becoming a company in 2004, Type-Moon would release Fate/stay night, a visual novel that would became a far larger success than what Tsukihime achieved, amassing massive popularity and an international fanbase. The success of Stay/Night would kickstart the Fate franchise as well as numerous spinoffs in all forms of media, and more notably, various animated adaptations of the work from Studio DEEN and ufotable which would further bring attention to the company.

In 2019, Type-Moon would officially establish an in-house video game development team known as Studio B.B., which plans on creating various projects on different scales, some of them in collaboration with external developers. Their first game, Fate/Extra Record, a remake of Fate/EXTRA, was announced in 2020.

Works that Type-Moon was involved in: