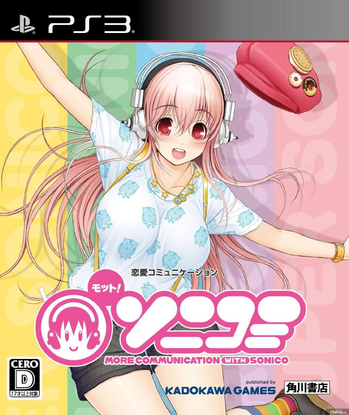 SoniComi - Communication with Sonico is a computer game for Microsoft Windows released on November 25, 2011, developed by nitro+ and published by Nitro+ and Enterbrain. As a Visual Novel game, the player takes the role of Super Sonico's cameraman. The game features events where the player is able to take gravure photographs of her. A PlayStation 3 adaptation with improved visuals, titled Motto! SoniComi - More Communication with Sonico, was released on March 20, 2014.
Advertisement: