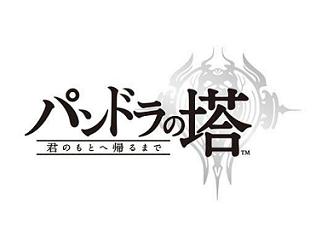 Pandora's Tower, known in Japan as Pandora no Tō: Kimi no Moto e Kaeru Made a.k.a. Pandora's Tower: Until I Return to Your Side, is a Wii-exclusive JRPG developed by Ganbarion and published by Nintendo.

It tells the tale of a young couple, Aeron and Elena (Ende and Seres in the Japanese version), and Aeron's quest to remove the curse on Elena. Elena is suffering from the Curse of the Beast, which causes her to transform into a hideous monster over time, which must be temporarily quelled by feeding her the flesh of the beasts that dwell within the thirteen Towers. Equipped with the Oraclos chain, his sword, and not much else, he ventures into the Towers to gather the meat of the beasts, and ultimately the fleshy cores of the twelve Aruji (Master), biological weapons that serve as the guardians of each of the towers in order to permanently remove Elena's curse and keep her human.

Pandora's Tower is an Action RPG that combines elements from God of War, ICO, Shadow of the Colossus, and a Dating Sim.

Alternative Title(s): Pandoras Tower Until I Return To Your Side