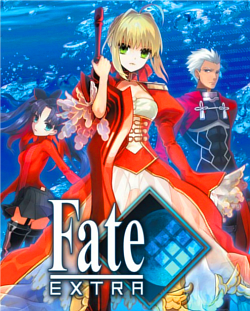 A third game, Fate/Extella: The Umbral Star, was released in 2017 for the Playstation Vita and Playstation 4. This game occurs after the events of Fate/EXTRA and CCC, and shifts genre to a Dynasty Warriors-esque Hack and Slash. This was followed by a sequel in 2018 named Fate/Extella Link.