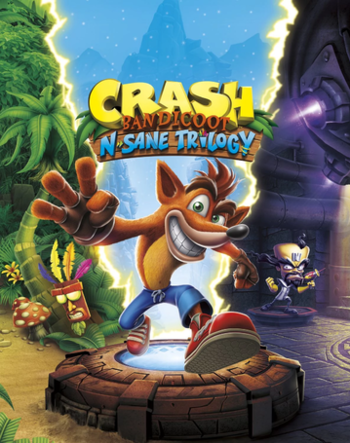 N-hanced, N-tranced and ready to dance, Crash Bandicoot is back!
Three incredible games, One crazy marsupial, lots of Crashitude.
— Better With Crashitude Trailer

The N. Sane Trilogy features updated graphics and optimization by Vicarious Visions, the studio behind Skylanders and several previous Crash Bandicoot games for the Game Boy Advance and PlayStation 2. The Nintendo Switch port was handled by Toys For Bob, the original Skylanders developers and the ones who developed the Spyro Reignited Trilogy, while Iron Galaxy Studios handled the PC port.

open/close all folders
All three games in general
Crash Bandicoot 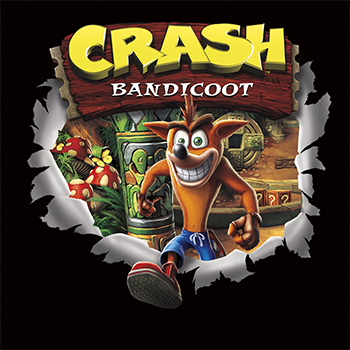 "This bandicoot will be my general, and he will lead my Cortex Commandos to world domination! This time, I shall reign triumphant!"

The game that started it all. Doctors Neo Cortex and Nitrus Brio, in a bid for world domination, create two machines inside Cortex Castle: The Evolve-O-Ray, which turns any animal into an anthropomorphic, intelligent and strong creature, and the Cortex Vortex, which turns those same animals into mindless slaves through brain manipulation. A bandicoot, Crash, is selected to serve as the general of these "Cortex Commandos", but a malfunction leads to Crash escaping and fleeing from the castle. But the doctors have another specimen, Crash's girlfriend Tawna. Aided by the native mask spirit, Aku Aku, Crash must traverse the Wumpa Islands to get back to Cortex Castle, save Tawna, and put an end to Cortex and Brio's scheme. 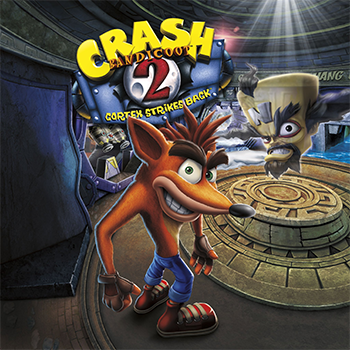 "If we don't have any friends left on the surface, then we'll need to find... an enemy."

After being defeated by Crash, Cortex comes across the Master Crystal beneath the ruins of his former castle. One year later, Cortex returns asking Crash for help from his new spaceship lair. It appears he's turned over a new leaf and now wants to warn Crash of an impending natural disaster which will destroy the Earth when all the planets align. Earth's salvation lies in crystals. Cortex already has the Master Crystal, but for it to work properly, Crash must collect for him the twenty-five Slave Crystals still on Earth's surface. Standing in his way is N. Brio, who wants to stop Cortex's plans by any means necessary. 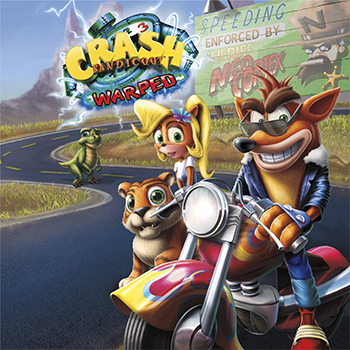 "None have dared to fail the great Uka Uka even once! But you, Cortex… you have failed me TWICE!"

After Cortex's second defeat, his spaceship crashes into a temple which frees the evil mask spirit, Uka Uka. Uka Uka reveals himself as Cortex's master and berates him for losing the gems and the crystals to Crash. Since Cortex's failure actually ended up freeing him, Uka Uka allows the doctor to aid him once again. They recruit Dr. N. Tropy to create the Time Twister, a warp room which will let them access alternate time periods so they can gather crystals from the past, and even the future! Sensing great danger, Aku Aku warns Crash and Coco about this plot and they race to the Time Twister. It's up to the Bandicoot siblings to travel through time, collect the crystals, and thwart Dr. Cortex for a third time running.

Crash Bandicoot is the main protagonist of the game series of his namesake.

Crash Bandicoot is the main protagonist of the game series of his namesake.