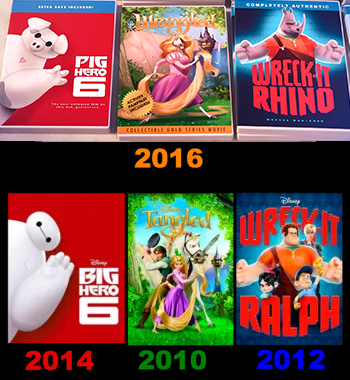 "Man, the Walt Donkey studio has been on a roll lately!"
The reuse of characters or items from a previous work in Easter Egg cameos in a newer one (similar to a fictional Production Posse or metafictional Continuity Cameo). In some cases, this lays down the basis of a Verse.
Advertisement:

If it's something the actor did rather than the production team, it's an Actor Allusion. If the work in question is an unreleased earlier version of the same work, it's a Development Gag.

When this is done for works that haven't yet been released, it's Production Foreshadowing.