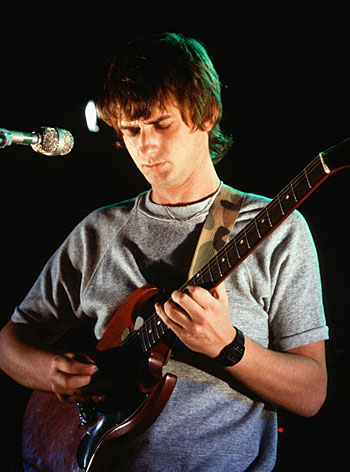 One slightly distorted guitarist.
"I'm just so grateful and astonished that I'm still respected and listened to."
Advertisement:

Michael Gordon Oldfield (born 15 May 1953) is an eclectic English musician who has, in the span of a career going into its fifth decade, explored various musical genres. Mostly known for his 1973 debut album Tubular Bells, his Signature Style is the use of overdubbing in studio recordings, which allows him to play most or all of the instruments on a given piece – a practice that was much less widespread when he began using it. He's done several radio-friendly pop singles, but his better-known works are long instrumentals, occasionally clocking in at a hour of continuous music.